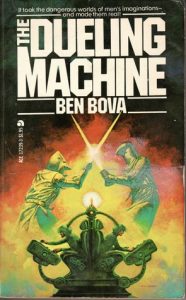 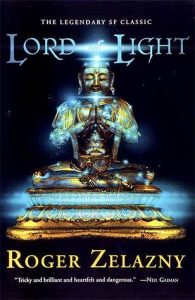 by Michaela Honkova and Earl Tower

Thesis: The conspiracy by the Sith was only possible by the unique aspects of having disposable soldiers on both sides of the conflict.

The Clone War was a major conflict fought between the Galactic Republic and the Confederacy of Independent Systems (CIS). The Galactic Republic was led by the Supreme Chancellor Palpatine, a Sith Lord in hiding. He orchestrated the war with the CIS, led by his own apprentice Count Dooku, as a plot to kill Jedi and obtain the control of the Galactic Republic. To keep positive control over the entire war, Palpatine played it as a chess game where he controlled both sides of the board. To make this work he needed the pieces malleable to his manipulations which is where the slave soldiers of both sides came into play.

The Jedi were non-militaristic since the Ruusan reformation one thousand years ago, during which they renounced all military ranks, disbanded their armed forces and placed themselves under supervision of the Supreme Chancellor, all to convince the Galactic Republic they were not a threat. The Supreme Chancellor granted them all indiscriminately officer military ranks, disregarding their lack of experience, and put them to lead of the clone troops. The Jedi Council did not care for that decision, yet they did not have a choice but to obey. The war occupied their attention, distracted them from the larger picture, and pride set them above the soldiers they commanded. Together with the the lack of military skills, it led to poor strategic decisions. The Jedi did not do well, making themselves easy targets and getting themselves killed one by one. The troops were spread thin on many battlefronts across the galaxy to ensure both the Jedi and the troops lack the numbers to win effectively, resulting in huge losses. All the better for the Supreme Chancellor, as their numbers slowly decreased and heavy losses in battle left few soldiers in need of health care. Both sides of the war routinely used propaganda to shift public opinion in the desired direction. The long attrition campaigns with little progress made the Jedi look incompetent, thus disproving in the public’s minds the vaulted reputation of invulnerability the Jedi long enjoyed. Even small skirmishes could look like a large scale battle when it suited the Sith and the defeats convinced the populace that the Galactic Republic should up its effort or be crushed.

By the planned use of clone soldiers, Palpatine was able to reduce potential objections to the war throughout the Galactic Republic. Using clones removed casualty list from becoming a matter of public opinion and objection. With no citizens dying, the war had a low humanitarian cost in the eyes of the voting public. The forced rapid aging of the clones combined with their high combat casualties cut the amount of combat veterans drastically, ensuring clone indoctrination would continue to dominate more than combat experience. The use of clone soldiers also reduced the matter to one of mere economic cost to the Galactic Republic. Each campaign could be won or lost as necessary to encourage public opinion to shift in the direction that most favored the Sith’s long term plan for acquiring power. As long as Palpatine kept the Galactic Republic strained by the war and avoided the danger of collapse, he could manipulate the situation to achieve his objectives of political power, and reduce the power base of his potential rivals and opponents within the Galactic Republic.

In a historical context, the situation developed in the Star Wars franchise with the clone soldiers can be compared to the Janissaries of the old Ottoman Empire. The idea was to create an elite combat force that was loyal to the central power of the state, while removing independent cultural factors of ideology or ethics which would distract the soldiers from obedience and loyalty to the their commanders. The Janissaries became a very controlled instrument of military power, while the average subject of the Ottoman Empire was not burdened by wars conducted by the state, except in their taxes.

To produce a major foe for the Republic, the Sith had to covertly aid in the founding of the Confederacy of Independent Systems, yet it had to be created in such a manner as to allow centralized control. The key building blocks of the CIS were the corporate sponsors and the rebellious star systems. To build a rapid, centralized force, the Sith planned for robotic forces through the use of droid armies and star fleets. The droid armies appealed to the strengths of the corporate sponsors of the CIS, by creating forces that were merely a matter of numbers on an accounting ledger. Droids could be built rapidly and controlled directly by a centralized council made up of officials from the corporate sponsors. Such centralized control gave precise command and control right down to the tactical level, ensuring no droid force could disrupt the shadowy battle plans orchestrated by the Sith. The rebellious star systems gave the CIS political cover, and a legitimacy of grievances against the Galactic Republic. The use of droid armies appealed to the rebellious star systems, because it placed no demands of manpower upon them, merely the need to agree to take a side in a war which only had an economic cost to them.

The droid armies of the CIS enabled military strategies designed to counter the strengths of the Galactic Republic. The robotic forces could be rapidly created, and rapidly replaced when losses were suffered through attrition. The ability to recover from this attrition allowed a strategy, which could also be used to ensure the major battles were fought in star systems that may become a problem for postwar imperial policies, and greatly weaken them. Another advantage to using the droid armies was the perceived fear among the Republic’s populace of an inhumane force of countless machines bent upon their destruction, allowing for added propaganda effect. From the point of view of the chess playing Sith, the droids were an ideal tool.

In a historical context, the CIS’s droid armies compare to the ancient mercenary armies of Carthage and some other classic polities. The core citizens had little care for the well being or deaths of the mercenaries, and the economic burden of paying for such mercenary armies was mostly borne by large mercantile interest. Carthage through the early Greco-Punic wars and the Roman-Punic wars was able to field sizable forces rapidly, and replace any losses through recruitment of local tribesman or hiring of mercenary armies from other classic states. The Carthaginian citizens seldom saw battle so they only protested the military adventurism of their Senate when the wars disrupted economic trade heavily or threatened the city directly.

It all came down to the Sith conspiracy being only possible by having disposable soldiers on both sides of the conflict to fight the war in their stead. On the side of the Galactic Republic, the clone soldiers who knew nothing of the galaxy outside warfare, commanded by the secretive, disfavored Jedi, played the part of valiant but disposable soldiers for the Republic; while on the side of the CIS, the droids controlled by a few greedy corporations, played the faceless menace. With neither of these forces costings their respective parties anything but money, both sides became hapless chess pieces in the shadowy plans of the Sith.